Before the game, the team held a very embarrassing 0-0 record. "That 0-0 record was tough, but it's over now and we don't have to answer any more questions about it," said first-year Sixers coach Brett Brown. 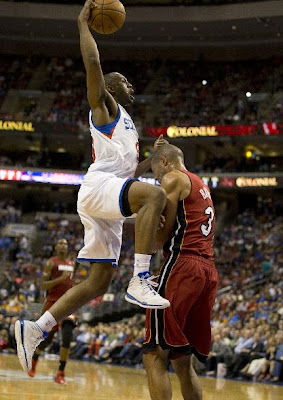 "We burned the entire garden to show what could possibly happen to our beautiful garden if they move forward and build that tower," said one local resident and garden member. "Look, there's nothing left." 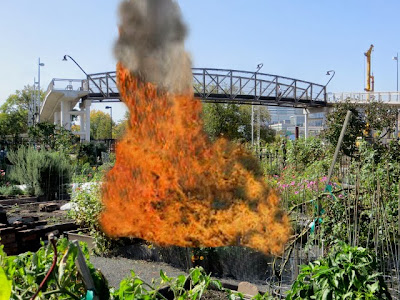 "One day, we'll all look back on this whole health care website problem stuff and have a good hearty laugh about it," said Heath and Human Service Secretary Kathleen Sebelius. 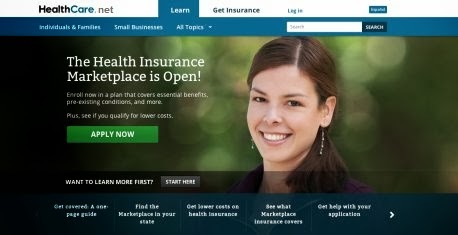 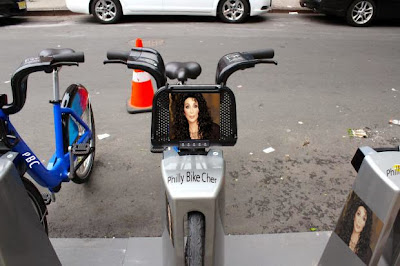 Philadelphia--Officials at the Mayor's Office of Intra-City Movement and Energy confirmed yesterday that actress/singer/bicycle enthusiast Cher suddenly negated a signed contract to be the title sponsor for the city's bike sharing program set to debut sometime during the summer of 2014. The mega-star had agreed to pay just over $300,000 annually for five years after three "very long months" of back-and-forth negotiations concluded in late August of this past year. "The deal was done and the main point of contention during negotiations was that Cher wanted her image to appear on everything--from bike tires to bike seats to bike stations to maps, you name it. Both sides finally settled on a select few photo locations at a much reduced size," said Gary Sommersby, a city official. "Then she pulls a 180 and decides she wants her image everywhere--even bike pedals and brake pads. [The city] refused and she backed out." By breaking the contract, Cher must pay an undisclosed sum of money for two years and perform during the July 4th Welcome America Festival for three years at no cost. This would have been the California resident's first foray into the "very lucrative world" of bike sharing, as the activist has made millions from her car-sharing empire. The city claims the broken deal is "simply a bump in the road" and plans to continue the search for a title sponsor immediately. Cher did not return any of the six phone calls placed seeking comment on the situation.
Posted by BroadandMarket No comments:

Rock from the new subway extension has been found on sidewalks, subway cars, subway platforms, buses, parks, and streets throughout the New York City metro area. The MTA denies this "micro scattering" of excavation debris, which, some experts believe, could save millions of dollars on the massive project. Opponents of the controversial method feel it's simply passing the buck. 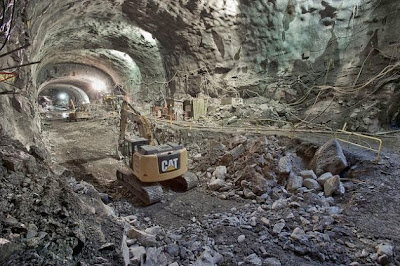 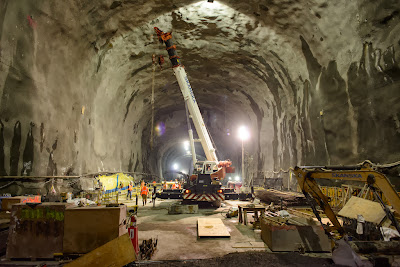 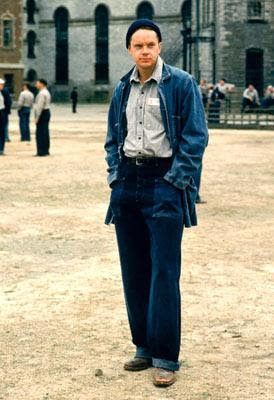 Flyers to stick with Berube, but dismiss team's longtime Zamboni driver to 'give club a much needed spark'

Ed Snider, Comcast Spectacor chairman, assured the veteran ice resurfacer that it wasn't anything specific he did, but that a second person had to take the fall for the club's continued slow start to the season. "We can't fire another coach just yet, but someone had to be fired," said Snider. "Oh, we're definitely going to fire [Craig] Berube, but we just can't do it yet. I mean, how would that look? For God's sake, we're living in a society." 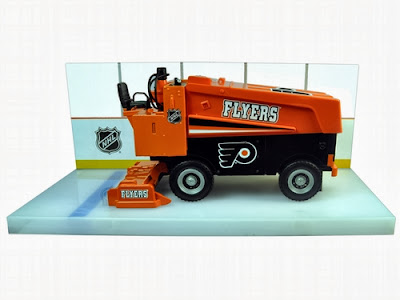 The massive concrete tram landings will be preserved and function as anchors for two rope bridges to connect with the New Jersey side of the Delaware River. "Just take your time when you're crossing, one step at a time," said one official. "We expect the bridge to be a main attraction at Penn's Landing." Crossing will take about an hour and thirty minutes and helmets will be included. 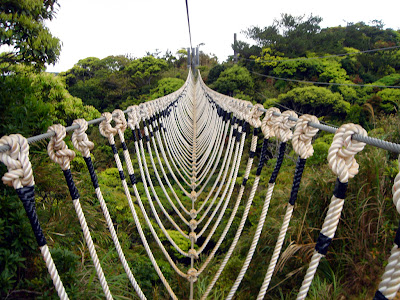 "I made it to the 11th inning, that's all I could do," said the renowned author and poet about her early departure from the 13-inning, 3-2 Cardinals victory. The fired-up crowd also taunted actor Jon Hamm and tennis great Jimmy Connors for heading to the exits after the 10th inning. The team's owner and the mayor of St Louis each apologized to the celebrities and offered free tickets to Game 2. 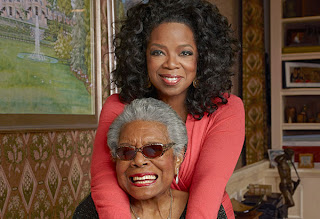 Upper Merion, PA--One of the last swaths of undeveloped land in asphalt-friendly King of Prussia will soon be home to a 70,000-seat football-only stadium. However, there is still no tenant. The plan is to convert the former golf course--now with a Wegman's supermarket at the east end--which sits on an island surrounded by the rapidly flowing vehicular rivers of US422, US202, the Schuylkill Expressway (76), and the Pennsylvania Turnpike (276) to a state-of-the-art football facility in order to lure an NFL team. Several teams have already turned down the offer to move in and set up shop. "I'm disappointed that the [Jacksonville] Jaguars have apparently decided to stay in northeastern Florida," said Tim Hopperman, King of Prussia's director of sports facilities. "But, the site, with its proximity to the region's major highways, is just perfect for a stadium. So, we're moving forward with construction." Local residents are not pleased with the decision, and voiced concerns during the entire 45-minute ribbon-cutting ceremony yesterday that featured Norristown, PA, native and former NFL quarterback Steve Bono and Pennsylvania Governor Tom Corbett. "We'll get a tenant," said a smiling Corbett about the $800 million, publicly funded football venue. "I mean, the country's second largest mall is just across the street. Who can turn that down?"
Posted by BroadandMarket No comments: 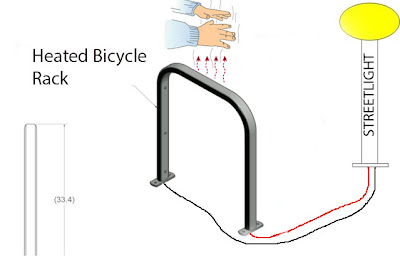 Philadelphia--HeatRack, Inc, a Phoenixville, PA, based company, makers of the StapleHeat1000 and StapleHeat1500 models of heated bicycle racks informed the city last week that installation of hundreds of these racks scheduled to begin in late September will be delayed by at least three weeks due to the wet, cool summer.

"During a storm back in August, we left a few crates of the racks out in the rain," said Howard Blake, CEO of HeatRack, which he started in February 2013. "It was totally our bad, and we're addressing the problem. I apologize to the city and all the cyclists this unfortunate situation affects, and for waiting so long to mention the delay. I was nervous about how to bring the bad news up during our weekly conference calls. We'll be installing by mid-October. I promise."

Blake went on to explain that the rain damaged some wiring and "prematurely jump started the oxidation process" on racks not yet sealed with anti-rust paint. The crates were not discovered for another two weeks and the damage was already done. The heated rack program has been controversial from the beginning, and the installation hold up has only added fuel to those opposed to the project.

In March, the City of Brotherly Love, which has the largest bicycle commute mode share among the nation's most populous cities, introduced this "revolutionary idea" with the hopes to extend the cycling season well into the frigid, snowy winter months. It will be the first city in the world to have the heated racks, made possible mostly through grants from the Human Propelled Foundation.

By late 2014, when the the program is complete, over 400 heated bicycle racks--mostly new with some existing racks to be retrofitted--will dot the miles of sidewalks in Center City with hopes to combat the annual precipitous drop in cycling numbers when the weather begins to change in November and December.

"We want people to ride all year, really, we do," said Megan Jean DeStefanini, the City's assistant to the traveling bicycle parking commissioner. "Heated bike parking will unquestionably extend the cycling season. It's very simple math."

Simple math? Okay, so how exactly will the new heated racks accomplish its intended goal? "Just the fact that they're heated will inspire folks to ride further into the winter months," said Jake Duncannon, interim assistant manager of bicycle infrastructure.