"This is the second Thanksgiving I've spent in this airport," said the passenger. "This tent has been home for thirteen months; so, please, don't complain about your two-hour delay. I went from being a customer at Cinnabon to working part-time there. Now, that's a delay." 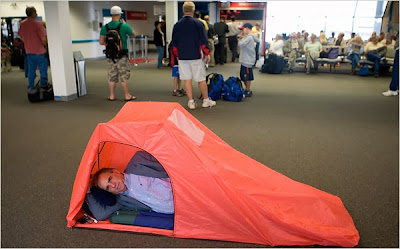 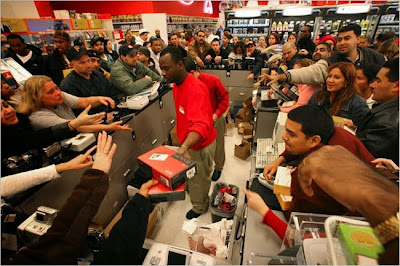 Email ThisBlogThis!Share to TwitterShare to FacebookShare to Pinterest
Labels: business 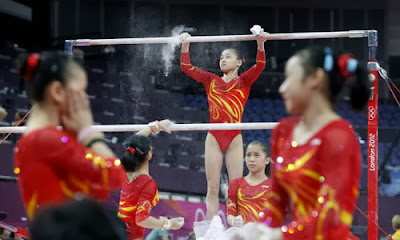 Hong Kong--The nation of over one billion people was sharply criticized for not launching its state-of-the-art hospital ship soon after Typhoon Haiyan hit and devastated much of the Philippines on November 7, killing nearly 5,000. Many cited the current dispute between the two countries over territory in the South China Sea for keeping the 15,000 ton vessel in port and only pledging $200,000 in aid (while other nations--near and far--donated millions). But the media's censure of the Chinese government quickly turned to praise after the nation decided to hold a free "gymnastics extravaganza" in the hard hit city of Tacloban. "[Chinese government officials] were wrong not to get involved more with providing relief for the disaster in the Philippines," said one Chinese official in an article that appeared in yesterday's The Peoples' Paper of the People. "China will hold an outdoor free gymnastics showcase event in Tacloban to lift the spirits of the millions displaced by the mega-typhoon. Though the event is free, we would still like all attendees to register online and print a ticket and bring it with them to the site, which is still yet to be determined." Filipinos and their government were thrilled and thankful that China "was finally joining the relief effort on the appropriate scale."
Posted by BroadandMarket No comments: 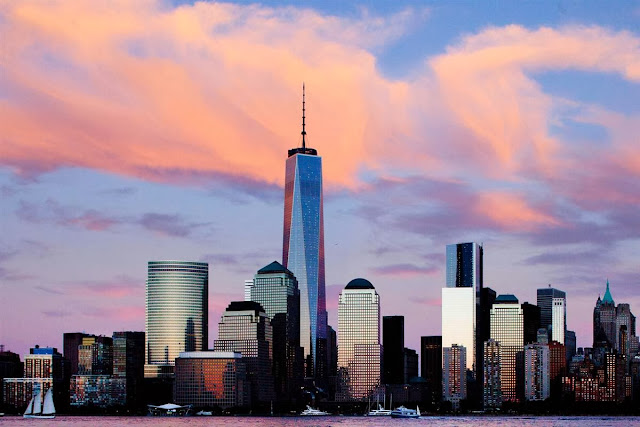 Chicago--Last week, the Council on Really Tall Buildings and Urban Habitat met--ironically--in the basement of a Chicago skyscraper to vote on which building is currently the tallest in the United States. The reason for the gathering (besides the free drinks and deep dish pizza): the still-under-construction gleaming One World Trade Center in New York City topped off months ago at 1,776 feet, including the 408-foot spire perched at the top. The debate and vote centered around whether or not to include the spire in the tower's overall height. If excluded, the Willis Tower, at 1,451 feet, would remain the tallest in the country, surpassing the building-only height of the 1WTC by 83 feet. The meeting lasted nearly six hours and eventually the 25-member council unanimously voted to make 1WTC king of all U.S. skyscrapers. However, there is a stipulation. One World Trade Center must add eleven feet to the spire bringing the tower to 1,787 feet. The reason behind the addition: "I'm a U.S. Constitution guy," said a smiling Brett Stevenson, chair of the Council on Really Tall Buildings and Urban Habitat. "Yeah, the Declaration of Independence is great and all. And, yes, I get the whole 1776 thing, but the Constitution is just so awesome, and it was created in 1787. I think 'We the People' is  more representative of the American vibe." Though 'extremely disappointed,' 1WTC developers will 'reluctantly comply' and add eleven feet to the top.
Posted by BroadandMarket No comments:

Tyson: I'm not making excuses, but I sincerely believe I was a victim of 'knockout game' inside Tokyo Dome in 1990

The former heavyweight champion said he was just minding his own business trying to defend his belt when he "got leveled" by "someone the world barely knew." 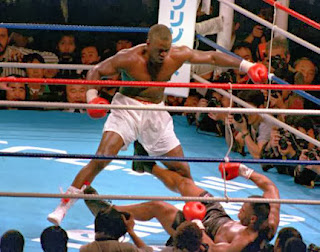 Parker may soon step aside if pressure continues to mount from the rabid fans of the consumer ratings website. 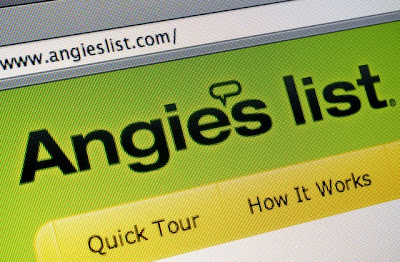 "I'm not stupid. I realize a Los Angles based company just purchased the building...that I JUST moved into. So, I'm not going to get too settled in to my new apartment," said one concerned Granary resident. "I'm not going to hang anything on the walls and I'll probably leave my pull-out couch and pool table in storage. My grandfather was a Brooklyn Dodgers fan, so..." 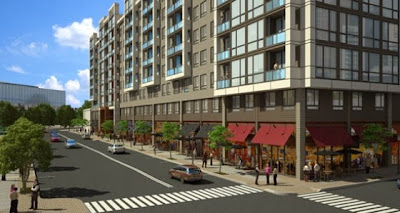 Braves moving to Atlanta suburbs: Turner Field to get expansion MLB franchise in 2017 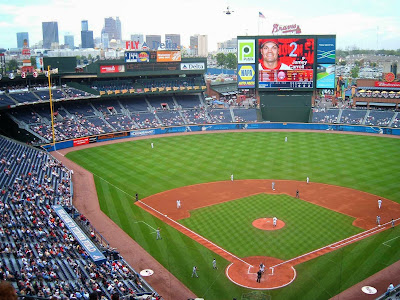 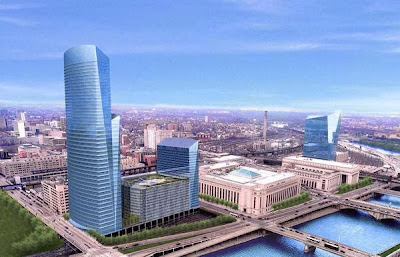 Since 2005, in Philadelphia's University City neighborhood, there has been a "gentlemen's agreement" not to build structures taller than the "real pointy top" of the twinkling, 29-story Cira Centre just north of Amtrak's 30th Street Station. The sleek glass office tower completed that same year was to stand as the "top of West Philly for generations." Well, this agreement just got tossed out the window from the 47th floor.

The FMC Tower, a new 47-story building--mostly office, with some residential, and retail--will rise at the northeast corner of 30th Street and Walnut Street and shatter the 437 ft height of the Cira Centre by more than two hundred feet. The new building should be completed by the summer of 2016 if ground is broken by mid 2014.

"You know, this is wrong," said James Caldren, a longtime resident of University City and ardent opponent of the new tower. "The height agreement won't even last ten years. At least William Penn's hat capped the city for 80-some years. Now, UPenn and Drexel will never win an NCAA championship again."

Caldren is referring to the handshake agreement not to build higher than the top of the William Penn statue atop City Hall that was negated with the construction of One Liberty Place in 1987. Many area residents believed that a curse was placed on the local professional sports teams by putting the 37-ft tall, 29-ton statue in the shadows.

Incidentally, the city's title drought lasted from 1983 until 2008, ending with the Phillies' World Series victory over Tampa Bay. Many credit the construction crews working on the rising Comcast Center--the city's tallest building--for ending the curse when, during the topping off ceremony, workers secured a miniature William Penn statue to the top of the structure in 2007.

"Oh, please relax, there will be no curse on the collegiate athletic programs of University City," said the new building's developer Harold Sweringer, of Bourbonwhiskey Real Estate. "There was never any height agreement. Mr Caldren is an active and respected community member and at the very noisy conclusion of the opening ceremonies for the Cira Centre in 2005 he stuck his hand out, so I shook it. I couldn't hear what was going on or being said."